As mentioned in a previous article, in April 2015, a group of tech workers formed by Americans who were employed at Southern California Edison filed a complaint for declaratory and injunctive relief and a motion for preliminary injunction staying the implementation of the United States Citizenship Service’s (USCIS) final rule on employment authorization for certain H-4 dependent spouses. The Trump Administration asked the court for this lawsuit, Save Jobs USA v. DHS, to be placed on hold while the Department of Homeland Security (DHS) prepared to propose a regulation to rescind the H-4 Employment Authorization program.

As anticipated, DHS has submitted a proposal to rescind H-4 spousal work authorization to the Office of Management and Budget (OMB) for review. OMB has up to 90 days to review the proposal. Unfortunately, the details of this proposal are confidential and will not be disclosed until the rule is released for publication in the Federal Register after OMB clears the proposed rule.

Once the proposed rule is published in the Federal Register, it will be open for public comments for a period of 30-60 days. After this time, DHS will review the public feedback and then finalize the proposal, a process that typically takes several months.

Our office will keep you up to date regarding this matter. Please let us know if you have any questions. 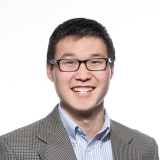